Income Partners is a global leader in fixed income investment, with Asia being our primary focus. Since our inception in 1993, we have built strong relationships with our honest and open approach to business. Over the past 28 years, and with the trust and loyalty of our long-standing clients, Income Partners has been a market leader in both traditional and alternative Asian fixed income and credit strategies.

"Congratulations to Income Partner’s twentieth anniversary. Starting with the Tequila Crisis in 1994, the Asian Crisis of 1997/1998, the collapse of markets after March 2000 and ending (so far….) with the Global Financial Crisis of 2007/2008, Income Partners outlived all storms by neither being too pessimistic and complaining about financial storms nor by being too optimistic and expecting favorable tailwinds to last forever. Income Partners, however, continuously adjusted its sails to navigate safely." 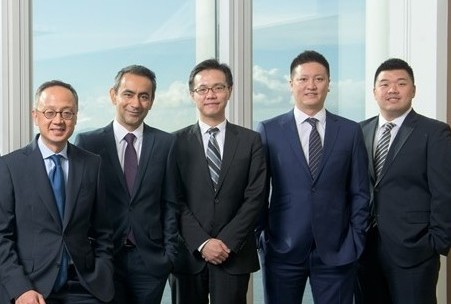 Emil Nguy and Francis Tjia (“the Founding Partners”) launched Income Partners in 1993 with a vision to be the Asian leader in fixed income, to be independent and to serve their clients with no conflict of interest.  When they formed Income Partners, the fixed income market did not exist in Asia.  Further, there was no natural investor base, and as a start-up they needed to gain their clients’ trust. To succeed, they stayed focus and stayed true to their vision and persevered.   This company was built on trust and mutual respect between 2 partners, and 28 years on, it remains a true partnership and their vision unchanged.

Back in 1996, just three years into their new venture, we had raised nearly US$1.1 Billion in assets under management (AUM), but unbeknown to them the Asian Financial Crisis (AFC) was to hit hard the following year…

Even with our foresight and actions taken to protect downside months in advance of the crisis, the primary foreign investor base began to flee the region and redemptions hit hard exacerbating already difficult market conditions.   Post-crisis opportunities soon arose and the Funds began to rebound but foreign investors remained scarce and nervous about Asia.  It was during this time when credit derivatives were first introduced to Asia.  Quickly seeing the opportunity, the Income Partners All Seasons Asian Credit Fund was launched – Asia’s first Absolute Return Fund.

In 2008 history somewhat repeated itself during the Global Financial Crisis (GFC).  Risk became an ugly word and Emerging Markets, including Asia, lost investor interest.  The GFC however became a turning point for Income Partners, – an Asian client base focused on Fixed Income investing has developed and grew substantially since.

China then presented itself as the next opportunity for the firm.  With the Renminbi (RMB) currency becoming increasingly globalized, this has created unique opportunities for Income Partners, both in terms of currency and Fixed Income investments.  New clients, new products and new opportunities abound for us with China as a core focus.

Throughout the last two decades, we remain committed to building strong partnerships, both internally and externally.  With over 28-years of experience and by staying true to the firm’s core vision and values, Income Partners differentiates itself and this shows in the company’s long-term results for its investments.

The future of Asian credit looks very exciting, with huge growth potential, and we are extremely well positioned to continue to excel in this environment.  As your manager for all seasons, partnering with us means - your needs will always drive the way we invest.

*SFC authorization is not a recommendation or endorsement of a product nor does it guarantee the commercial merits of a product or its performance. It does not mean the product is suitable for all investors nor is it an endorsement of its suitability for any particular investor or class of investors.

Our Outsourced CIO model allows clients to take on leveraged structures and customized portfolio solutions in a cost effective and time efficient manner.

With the launch of the Income Partners Segregated Portfolio Company, we are also able to launch new segregated portfolios under the segregated portfolio company structure for clients with a short time to market, whilst delivering tailor-made solutions within a fund structure with independent service providers.
Menu

Please read Terms of Use before proceeding further. It contains legal and regulatory notices relevant to the information contained on this website.

I Agree I Disagree